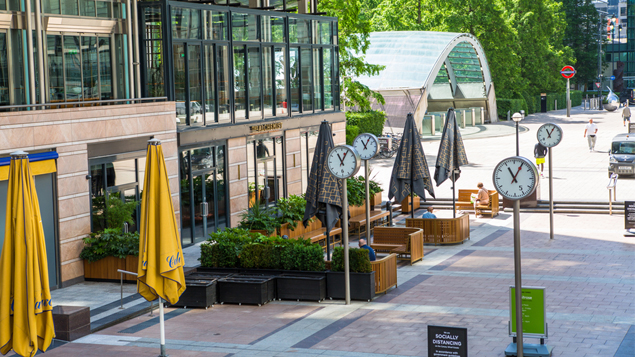 Further lockdown measures in the capital may be needed if coronavirus infections continue to grow – which could put a severe dent in employers’ plans for recovery.

According to a report in the Telegraph, the government will consider after two weeks whether the “rule of six” introduced on Monday, has curbed the resurgence of Covid-19, and senior government sources suggest another lockdown may be considered if not.

Adding to the problem is the shortage of Covid-19 tests available through the NHS Test and Trace programme, with many people with virus symptoms reportedly being told to travel hundreds of miles to get tested.

The London director of Public Health England, professor Kevin Fenton, said London’s testing capacity was struggling to cope with demand as testing resources had been redeployed into ‘hotspot’ areas.

It is likely to come under further strain as the capital welcomes around half a million university students from other areas of the UK and abroad, he said.

Business leaders said a robust testing programme is critical for recovery. Adam Marshall, director of the British Chambers of Commerce, said: “A truly comprehensive test and trace programme is essential if the UK is to manage the virus without further lockdowns, which will cripple businesses.

“Continuing delays and shortage of tests saps business, staff and consumer confidence at a fragile moment for the economy.”

Matthew Fell, the UK chief policy director at the CBI, said the test and trace system is a “key component” of getting more people back to the workplace.

In the summer the Prime Minister had been calling for employers to bring staff back to the office where it was safe. while the director-general of the CBI said staff should return to town and city centres, which were beginning to resemble “ghost towns”.

Meanwhile, a survey has found more than half of workers never expect to return to the office five days a week, with 58% stating they felt more productive at home.

Thirty per cent of employers agreed that staff had been more productive from home, the TalkTalk survey found, while 35% said it had enabled more collaboration.

CEO Tristia Harrison said: “With flexible working we’re becoming so much more productive it seems that Britain is now getting five days’ work done in four, which is encouraging as Britain builds back from the crisis. To unlock this productivity boost, home connectivity is vital, and it’s clear that bosses are already investing in people’s home office needs.”