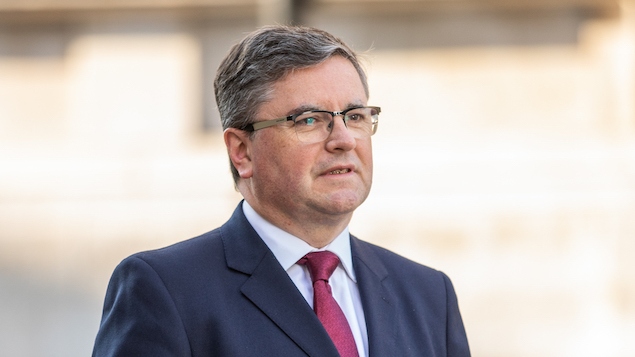 The government has today announced changes to how it defines ‘spent convictions’, making it easier for ex-offenders to find employment.

The Ministry of Justice revealed proposals for certain convictions to be spent after a reduced amount of time so they no longer automatically appear on employment record checks through the Disclosure and Barring Service (DBS).

Previously, such offences would continue to be shared with employers for up to four and seven years respectively.

The time reductions will not apply to offences such as serious sexual, violent or terrorist crimes, or to those working in sensitive roles such as teaching and nursing.

After a seven-year period of rehabilitation, sentences of more than four years will no longer be automatically disclosed to employers. Currently, details of these offences must be shared with an employer for the entirety of an individual’s life, even if the crime was committed many years before.

The MoJ stressed, however, that any individual that reoffends during their rehabilitation period would have to disclose their original and subsequent offences to potential employers.

The proposals follow secondary legislation announced in July to remove the automatic disclosure of youth cautions, reprimands and warnings.

They appear in a government White Paper issued today by Justice Secretary Robert Buckland QC, entitled A Smarter Approach to Sentencing, which contains a raft of proposed measures to modernise how sentencing works and to make the justice system more efficient.

Launching the White Paper, Buckland said: “For some offenders who are stuck in cycles of crime, not being able to get a job can be both a major driver in their offending, but also a major barrier to their rehabilitation.

“Evidence suggests that offenders who find P45 employment in the twelve months after release from prison have one-year reoffending rates that are 6-9 percentage points lower than similar offenders who did not find employment.”

Reducing the time period after which certain sentences are considered spent would “enable offenders who do not pose a risk to the public to finally get a job that could be a significant milestone on their route away from offending once and for all”, he added.

Christopher Stacey, co-director of campaigning group Unlock, said the proposals were “very much welcome”, but that the proposals could still exclude around two-thirds of the 8,000 people every year who receive sentences of more than four years.

Stacey said: “The risk of reoffending is consistently lower for those who have served longer sentences, and data on reoffending by index offence shows sexual and violent offences have lower rates of reoffending than many other categories.

“Exclusions by offence type risk creating unfairness and anomalies at the margins, further entrenching racial injustice and embedding the idea that some people are inherently incapable of rehabilitation.

“To genuinely support people striving to turn their lives around through work, all sentences of over four years should be capable of becoming ‘spent’ at some point.”