Police said they responded to a parking lot in the 3500 block of Eighth Street when a woman reported that a man came up and started yelling and hitting her vehicle while she was sitting inside.

Police said the man and the woman were known to each other. While the suspect was not found at the scene, officers located his vehicle nearby.

The suspect came back to his vehicle around 1:30 a.m., refused to listen to instructions when confronted by officers, got into his vehicle and sped off, police said in a news release.

They found the vehicle abandoned in the 1100 block of McKercher Drive...

‘Work from home if you can’ – government tightens restrictions 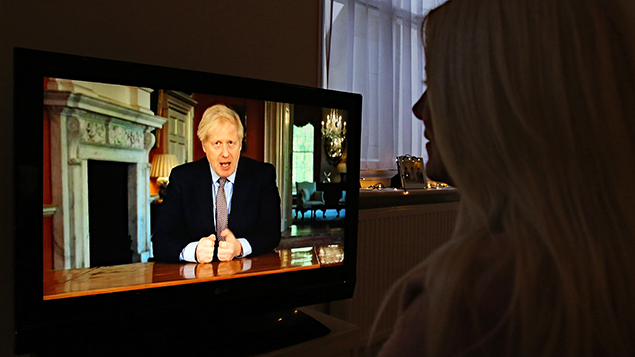 Boris Johnson will encourage people to work from home in a statement to the Commons today followed by a television address this evening.

If it is possible for people to work from home, they should do so” – Michael Gove

It follows weeks of the government urging people back to the workplace and comes as the coronavirus alert level was upgraded from three to four, meaning a high or rising level of virus transmission.

Professor Chris Whitty and Sir Patrick Vallance, chief medical officer and chief scientific adviser, have said the number of coronavirus cases in the UK is currently doubling around every seven days warning that, if that continues, there could be as much as 50,00...

A Third World War – Which so Many Had Feared — Has Been Avoided, Says UN Chief

Antonio Guterres, UN Secretary-General, in a statement marking the 75th anniversary of the United Nations

UNITED NATIONS, Sep 22 2020 (IPS) – The ideals of the United Nations – peace, justice, equality and dignity — are beacons to a better world.

But the Organization we celebrate today emerged only after immense suffering. It took two world wars, millions of deaths and the horrors of the Holocaust for world leaders to commit to international cooperation and the rule of law.

That commitment produced results. A Third World War – which so many had feared — has been avoided.

Never in modern history have we gone so many years without a military con...

Saskatchewan Health Authority CEO Scott Livingstone and the Ministry of Health could not say how many doses of the flu vaccine they have ordered or exactly how it will be distributed. Livingstone said some measures used in previous years, like immunizations in long-term care, will still happen.

He indicated the SHA is also preparing for a different kind of immunization campaign, including possibly leveraging resources deployed for COVID-19 to get the shot into as many arms as possible.

“We think there’s an opportunity with existing assessment sites and testing sites that have been geared up for COVID to help support that work, as well as the drive-thru testing sites in Saskatoon and Regina, which we found out very quickly was a preferred option for lots of reside...

A case of COVID-19 has been identified at Valley Manor Elementary School in Martensville.

The school’s principal confirmed the case in a letter sent to parents on Monday.

“Public Health will be contacting parents/guardians of students and any staff/visitors/volunteers who may have been in close contact with the case and providing direction,” Garth Harrison wrote in the letter.

“If you do not hear from them, your child has not been exposed because of the measures that are in place,” the letter continues.

The letter reminds anyone entering schools to monitor for signs or symptoms of COVID-19, and urges parents to keep children at home if they have any of...

A woman is in hospital with potentially life-threatening injuries after being hit by a truck this afternoon.

In a release, Saskatoon Police say they attended the scene of a motor vehicle collision that occurred at the intersection of Lorne Avenue and 8th Street East Monday at approximately 3:30 p.m.

Police say they arrived to find an injured 45-year-old female pedestrian who had been struck by a pickup truck.

The woman was transported to hospital by Medavie Health Services. At this time, police say her injuries are potentially life-threatening.

The police collision analyst unit attended the scene and have since reopened the roadway.

Police are still investigating. They say no charges have been laid.

More On This Topic

How racism, wellbeing and performance are connected 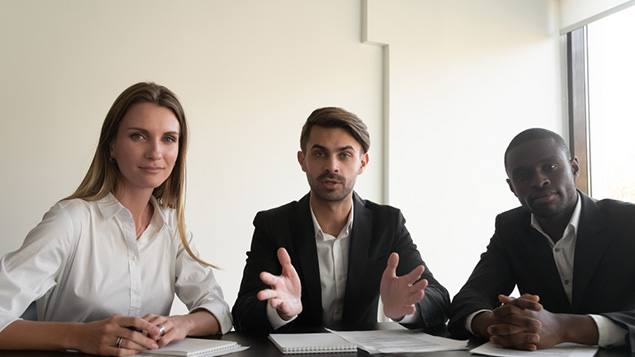 Senior managers at companies who are serious about improving diversity need to ensure they understand the relationship between ethnicity, wellbeing and performance in the workplace writes psychologist Elizabeth Yardley of Pearn Kandola

It’s well established that our personal wellbeing influences our performance at work.

When our wellbeing suffers, we lack the resources to function properly. In its most extreme form, this can lead to burn-out, which is characterised by exhaustion and disengagement. The brain tries to conserve resources, suppressing certain behaviours and causing us to be chronically tired, confused or unable to concentrate. At work, this means we might struggle to find solutions or become withdrawn during meetings...

Public Health officials say people who were at these locations on the specified dates during the specified times should immediately self-isolate if they have had or currently have symptoms of COVID-19, and call HealthLine 811 to arrange for testing...

In an emailed statement, the Saskatoon Public Schools Division (SPSD) said it was notified by the Saskatchewan Health Authority (SHA) Monday afternoon of two separate cases.

One is at Colette Bourgonje School; the other is at James L. Alexander School.

The statement said communication about each positive case has been shared with the specific classroom at each school, as well as the two school communities. The division said the SHA is conducting contact tracing, but further details will not be released for privacy reasons.

Public health officials will directly contact people who may have been in close contact with the diagnosed people...

“It’s so hypocritical. He’ll go down to St. Paul’s and talk about how much he appreciates us, but then he doesn’t give us the time of day,” Platzke said in reference to a press conference Moe held at St. Paul’s Hospital on Monday morning.

SEIU-West represents more than 13,000 people in Saskatchewan, most of them in various parts of the health care system.