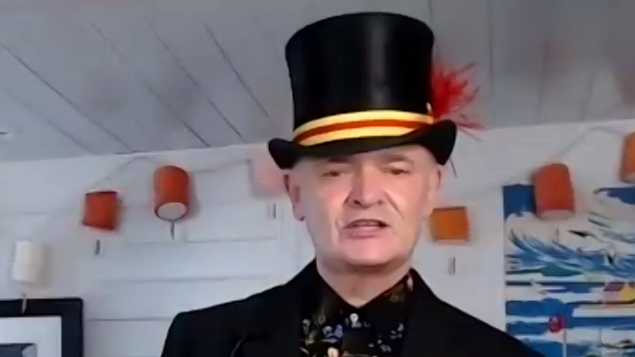 Managers must move away from “old expectations” and help teams to feel a sense of agency as we move out of the initial crisis phase of the coronavirus pandemic, according to Andy Collings, client director of the psychology and behavioural consultancy Mind Gym.

Continuing the conference’s theme of ‘Preparing for Tomorrow’s World’, he identified three phases that many public services employees would have experienced over the past six months and how these might evolve in the coming months: acute uncertainty, prolonged disruption and finally the ‘new normal’.

We are currently entering the phase of “prolonged disruption”, he argued.

“Lots of effort has been put into how we work virtually – all of a sudden we’re in each others’ homes,” he said. “Now we need to ensure we set goals and boundaries and support one another rather than judge one another.”

Managers are in a unique position to “create a sense of agency” among their teams where people have more autonomy over how they complete their work, he added. But they must also ensure there is a sense of belonging by recreating social interactions they might previously have enjoyed in the office.

For public services, if people feel positive about their role and purpose, this has a direct impact on the communities they serve, he said.

The PPMA’s annual conference had been scheduled for April this year but was postponed until September due to the strict coronavirus lockdown restrictions in place at the time. The decision was then taken to run the September event virtually after hosting a number of successful webinars.

Explaining the decision to move the conference to a virtual platform, outgoing president Karen Graves said: “There’s a real need to capture the amazing learning that has been experienced by our public service community… and to frame questions around what our futures will look like in a careful, thoughtful and considered way.”

This week the association announced that Steve Davies, head of the London Regional Employers Organisation, would take over as president with immediate effect after Graves’ decision to step down from the role earlier this month.

The award for HR Director of the Year went to Sam Betts, assistant director of HR and OD at Salford City Council. She was described by her team as someone “whose actions inspire others to dream more, learn more, do more and become more”.

Doncaster Council won the Gold award – the prize given to the award category winner deemed the best overall – after recognition for its learning and development and apprenticeship initiatives.

The London Borough of Barking and Dagenham gained the Silver prize, while the British Transport Police won Bronze.

The PPMA hopes to run its usual live annual conference in April 2021 at the Midland Hotel in Manchester.

HR opportunities in the public sector on Personnel Today