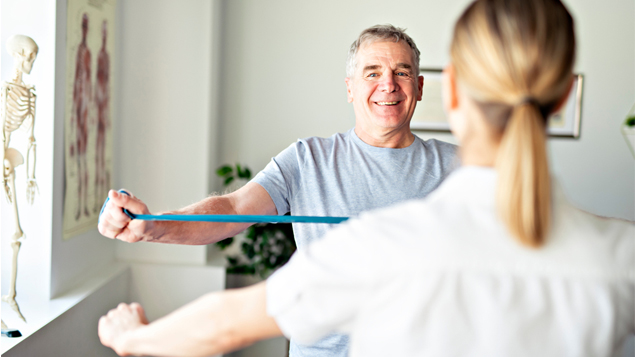 The estimated 35,000 people who survived a stroke during the pandemic are in need of more support, with many missing out on treatment and rehabilitation as health providers focus on tackling the virus.

This is according to the Stroke Association, which today (17 September) called on the government to act swiftly to avoid unnecessary disability among stroke survivors.

Four in 10 (39%) people who survived a stroke this year told the charity they had not had enough rehabilitation, including physiotherapy, while 53% said they had home visits or appointments cancelled.

Sixty-eight per cent of all stroke survivors who took part said they felt more anxious and depressed due to the lockdown, and the charity reported that the situation had exacerbated the mental health problems brought on by stroke for many.

It said there was a “rising tide” of demand on the NHS and local health services, but with enough physiotherapy, occupational and speech and language therapies and mental health support, stroke survivors have a chance of recovery.

“Strokes didn’t stop because of the pandemic,” said Juliet Bouverie, the charity’s chief executive. “Despite the tireless efforts of frontline clinicians who have gone to herculean efforts to maintain services under extremely difficult conditions, some treatments still became unavailable and most stroke aftercare ground to a halt. This means more stroke survivors are now living with avoidable, unnecessary disability.

“People underestimate the trauma associated with the sudden life-changing experience of having a stroke. The degree of support that stroke survivors need to reframe and adjust to a new normal, often needing to cope with lifelong disability, is a lot more than people realise. We need to see increased access to mental health support, so stroke survivors can cope with their mental health issues, made worse by lockdown and ongoing uncertainty.”

Its ‘Stroke recoveries at risk’ report, which is based on the experiences of 2,000 stroke survivors and carers, says all community rehabilitation should meet to meet national clinical guideline levels to ensure all survivors can access the vital support they need.

Stroke teams should also follow up with all people who had a stroke this year to make sure they have not been “abandoned” and are due to receive the support they need.

Health and care systems are also urged to prioritise the provision of and access to mental health services to treat the emotional and psychological effects of experiencing a stroke, while governments and local authorities should provide adequate support to carers to cope with the additional pressures Covid-19 has brought.

Over half (56%) of carers said they felt overwhelmed and unable to cope, particularly those caring for someone who had a stroke this year (72%).